The online festival, which specialises in underground, cult and experimental cinema, runs for a week, with a Beg Steal Borrow film playing on each of the festival’s first four days.

A manifesto for the film can be read here: The New Hope – A Manifesto.

The New Hope is followed on Wednesday 16 August by Roehampton Guerrillas (2011-2016), a compilation of short films made by the titular group of guerrilla filmmakers and curated by William Brown.

Then our art house zombie homage to the Lumière brothers, Ur: The End of Civilization in 90 Tableaux, plays on Thursday 17 August.

And finally on Friday 18 August, the festival is showing Selfie, an essay-film about selfie culture comprised uniquely of moving-image selfies featuring William Brown.

The red poster for Ur: The End of Civilization in 90 Tableux 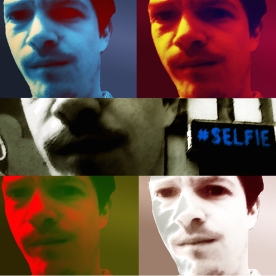 The Selfie poster, designed by the talented Angela Faillace. 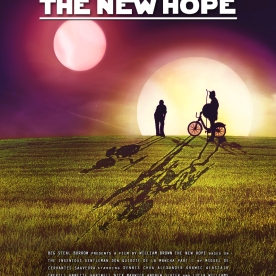 Designed by the talented Angela Faillace.

We are completely delighted to be featuring so prominently as part of the festival, which is run by guerrilla filmmakers extraordinaire Fabrizio Federico and Laura Grace Robles.

The festival will culminate on Saturday 21 August with an awards ceremony at the Alamo Street Eat Bar in San Antonio,Texas. The ceremony runs from 9pm to midnight, with the Beg Steal Borrow films competing for Most Creative Feature Film. Let’s keep our fingers crossed!

Tune in to the Straight Jacket website in order to watch the films.

And click here to read an interview with William Brown about guerrilla filmmaking.

In the meantime, we have also enjoyed preview screenings of The Benefit of Doubt at the Roxy Bar & Grill in London on 17 June and of Sculptures of London at the Film-Philosophy Conference at the University of Lancaster on 4 July.

We have also very nearly finished all filming for , the principle shoot of which lasted between 10 and 23 July.

So… all in all a busy summer for Beg Steal Borrow. Let us hope that we have more screenings in the near future. But in the meantime… please support our work by checking out our films!