In 2006, filmmakers Christian Bouche-Villeneuve and Sandor Krasna allegedly sent the footage taken in this movie to Sir Hamlet Auberjena, who recently sent it on to me, knowing that I am a film lover. Although no one by the name of Christian Bouche-Villeneuve or Sandor Krasna has – to the best of my knowledge – claimed to know anything about the film, I shall shortly be presenting it to interested parties (first DVDs hopefully to be made Saturday). Although the film is presumably unfinished, I have decided to follow what appear to be the original filmmakers’ intentions and to call the project China: A User’s Manual (Films). 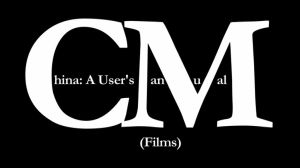 China: A User’s Manual (Films) is, then, the fourth film presented by Beg Steal Borrow.

Contact Beg Steal Borrow if you’d like a copy of the film. Or, alternatively, watch it on our Vimeo channel. The film can be found here.