We are delighted to announce that Beg Steal Borrow’s short film, Sculptures of London, will play at Cross Cuts Film Festival, an event that forms part of the 2019 Stockholm Environmental Humanities Festival for Film & Text. 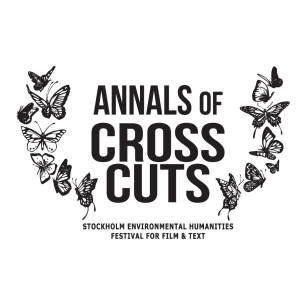 The screening will take place on Friday 22 November 2019 at 13:00 at the Bio Rio in Hornstull in Stockholm, Sweden. What is more, director William Brown will also be taking part in a discussion on Filmmaking as a Research Practice, also at the Bio Rio, on Saturday 23 November at 10:00.

The screening of Sculptures of London will take place as part of a double bill with Karl Palmås and Kalle Sanner’s Too Late for History to End, with introductions and discussions from Annals of Cross Cuts editors Jakob Nilsson, Jan Olsson and Jacob von Heland.

After the festival, Sculptures of London will be published as part of Annals of Cross Cuts, which is a peer-reviewed publication for film-based research, and which supports the use of film and cinema as integral practices in the environmental humanities.

Narrated by Lissa Schwerm and shot by Tom Maine, Sculptures of London offers an intelligent and wry insight into one of the greatest cities in the world through its public art.