Beg Steal Borrow is happy to announce a preview screening of their documentary, Circle/Line, which will take place at the Whirled Cinema in Loughborough Junction on Sunday 14 August at 2.30pm. 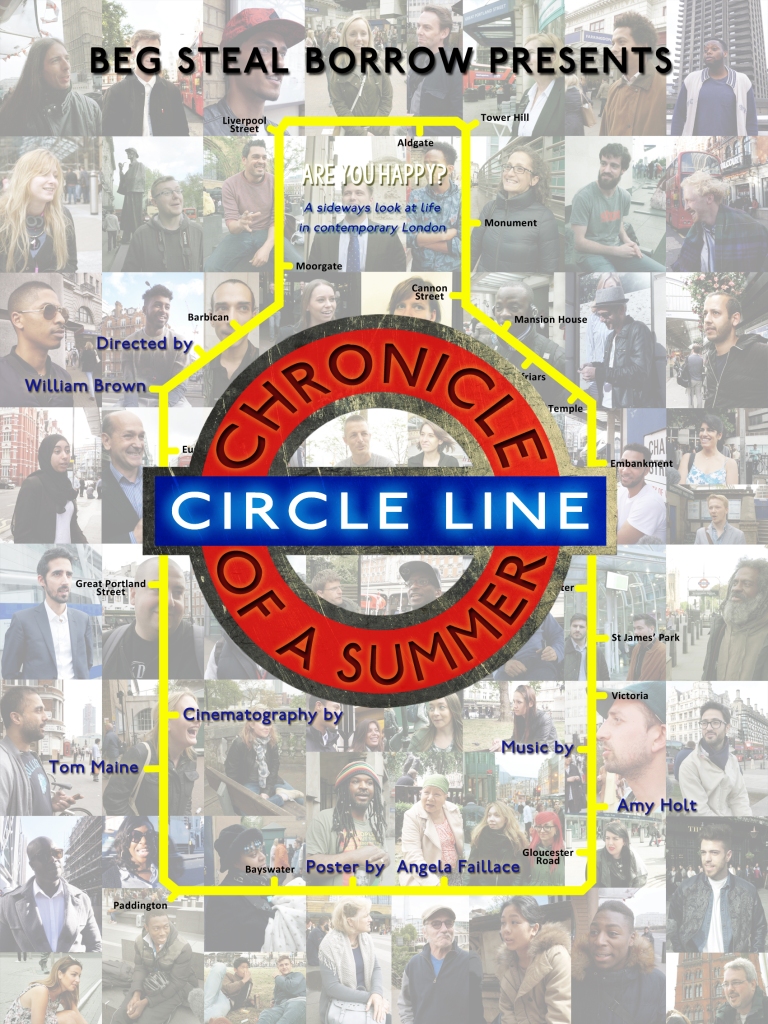 The Circle/Line poster was designed by the talented Angela Faillace.

To reserve a free ticket for the event, just follow this link and fill in the necessary details.

Here is a trailer for the film, with some further details below:

This is the question that we ask people outside or near the stations of London Underground’s Circle Line.

Circle/Line is, then, a documentary comprised of vox pop interviews with ‘everyday’ people – from the homeless to the hopeful, from the ambitious to the activist, from task-driven Londoners to tourists.

Inspired by Jean Rouch and Edgar Morin’s classic documentary, Chronique d’un été/Chronicle of a Summer (France, 1961), Circle/Line is nonetheless an original work and a fascinating insight into the lives of people in contemporary London.

Shot by Beg Steal Borrow regular Tom Maine, the film is both a portrait not just of people, but also of the city of London itself.